UTIB Introduces Turkish Textile to the World in Paris 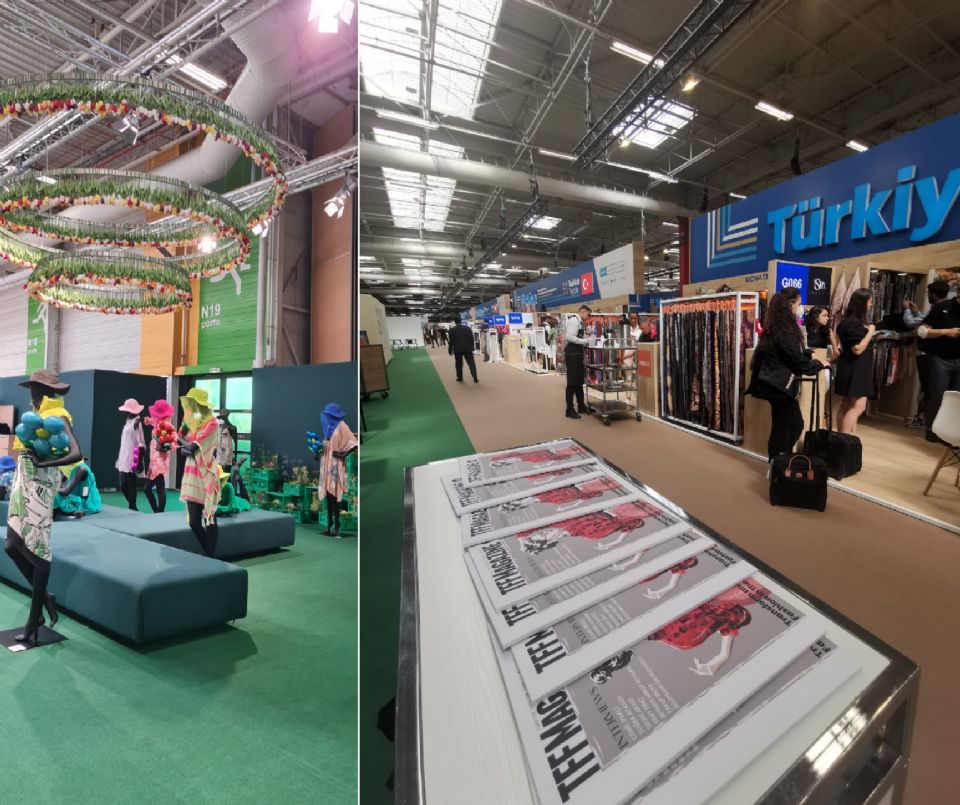 At the Premiere Vision Paris Fair, which took place in the French capital Paris on July 5-7 with the participation of more than a thousand companies from about 20 countries and where Turkey is the 2nd country with the highest participation with 211 companies, the stand of the Uludag Textile Exporters Association (UTIB) became the most important meeting point of the sector.

Outstanding products of the Turkish textile sector were the focus of attention at the Texworld 2022 Autumn and Premiere Vision Paris 2022 exhibitions. The companies that broke the participation record laid the foundation for new collaborations.

The most important meeting point
After the pandemic, the representatives of the sector made a deduction to Paris with the start of the physical fairs that are important for UTIB due to its contribution to exports. The ‘TFF Magazine’ stand, established by UTIB, brought visitors from all over the world together with the leading representatives of the sector at the fair, which was attended by textile companies in South Korea, India and Japan, especially in European countries.

New collections have been showcased
The second meeting of the year was held at Texworld 2022 July fair, and on July 4-6, it was again held at Le Bourget Exhibition Center in Paris. A total of 100 companies from Turkey participated in the fair, which brought together exhibitors and visitors from the textile, fashion, fabric, home textile and leather sectors. UTIB, one of the largest meeting points in Europe for the supply of fashion accessories and opening the ‘Turkish Fashion Fabrics’ stand at the fair, brought together the leading 26 companies of Bursa, where the heart of the Turkish textile heart beats, with professional buyers. The products exhibited at the fair, where 92 percent of buyers visited to meet new suppliers and there was a large participation, were examined with interest by participating companies and visitors.

“It will make a great contribution to our exports”
Stated that the fairs were very successful, Pınar Taşdelen Engin, Chairman of the Board of Directors of UTIB, said: “The Turkish home textile and ready-to-wear sector, which leads the world market, has opened the doors to new markets with two fairs held in Paris, the capital of fashion. Texworld Paris and Premiere Vision Paris are two extremely important fairs for textile and ready-to-wear companies from Bursa, which exported more than $ 1.5 billion in the first half of the year. Thanks to the fairs that we participated in as UTIB, we provided our sector representatives with the opportunity to deliver their products to more buyers, to provide new business partnerships, and also to gain a vision about current developments and the future of the sector. I believe that the talks held at the fairs, which we met with great interest from visitors, will also make a great contribution to the export of Bursa, especially our country."